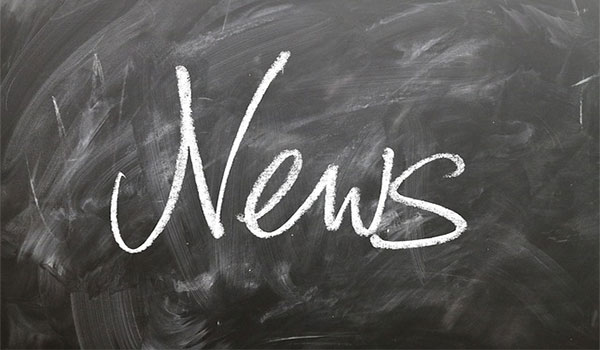 Deep into February and whilst there is no doubt there will likely be some harsh weather still to come, can’t help but feel some elements of positivity creeping in. The early evenings are already getting lighter and the 45RC have released this year’s TT fixtures, always a sign that spring is not too far away.

As you may be aware the tickets are now available for our summer bbq (see Tom for yours!), this is still a good few months away hence we thought it would be good to share some of the latest news from in and around the club, the shop and indeed the community.

We start with the breaking news that astute business lady Iona has spotted a clever opportunity from right within the heart of VeloElite cycling club. It has become quite apparent especially recently that many of you are simply far too working class to be in the Mill and as such Iona has moved swiftly to secure additional premises locally. We can now confirm she is converting this into a transport cafe, catering for those of you that have disc brakes and feel that hot drinks should be swilled from a sports direct mug, you know who you are you lower class yobos!

There have been some disturbing rumours coming out of Wellingborough that Fabos has now been caught and trapped in the same time distortion that has held Hitesh in Welly since January 2018. If anyone has seen Fabos, please can they return him urgently back to Jack Patmores care. Jack has been so worried he hasn’t ridden outdoors for weeks.

Whilst on the topic of the Patmore’s, the word is Martin has had a big promotion at work and clearly a large pay rise. He is rumoured to of treated the whole family to a very expensive new electric clothes airer and then bought himself to a new bike he has named Dairy Milk.

In the meantime local road safety enthusiast Tom Scott-Collins has become increasingly annoyed with traffic speeding past HQ on a regular basis. Eventually, he could take no more, put on his hi vis protest vest and carefully let off the handbrake in his car until it rolled gently across the road. This created a chicane naturally slowing traffic and making the road safer for everyone! When we looked into this story, we found out that our very own Vegan rights protester took similar action to prevent a delivery of cruely butchered and peeled carrots arriving at the tea room. These guys are local heros!

In Hollywood news, local computer game cover model Russ Batchelor has been reported to of been offered the lead part of the remake of the hit movie The Lawn Mower Man. For those of you who haven’t seen it, Russ’s character is a local simpleton who cuts lawns for a living and ends up existing as pure energy within a computer system. Russ seems ideal for the role as he is also a local simpleton who appears to of integrated directly into zwift, probably close enough.

In serious news now, we were contacted recently by Northamptonshire police. Apparently a concerned local resident who had been encouraged to report unusual activity in the area phoned her local police station. It turns out that Group 3 had been seen riding 2 abreast, with less than 83 in the group and in a controlled and respectful manner. We agreed this did seem highly unusual and have assured local officers it’s was probably a one off. Officers confirmed, somewhat ironically they will be using a Chopper to keep a close eye on the usual 4mile long G3 eshelon.

An update from the Christmas party: Following on from the slightly awkward names mix up at the Christmas party involving Jack Gibbs and his lovely girlfriend, things are all now sorted out. I am told that Jack took her out for a lovely meal to make up for any embarrassment caused. We hope Jack and Emma have a lovely spring and we look forward to seeing them at the Summer BBQ!

As many of you will be aware, this coming Friday 15th February, we are having a bash down at HQ (5pm – 9pm) to celebrate not only the 1st anniversary of the shop & club, but also show off some cool new bike stuff! Hoping to see plenty of you down there for the usual fun and antics. Don’t forget Tom is providing free coffee & cake and for those that fancy it we will have some beers available. Silly hats  for all guests are mandatory, failure to wear your own choice of hat will see Tom assign you a club hat of his choice, personally I wouldn’t risk it, he has a mean streak….

We would like to invite you all to the launch…

We are very pleased to confirm the long awaited VeloElite…