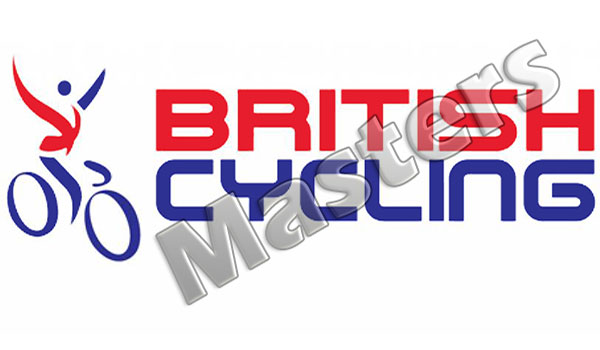 We had 5 riders from VeloElite entered and competing across 3 age categories as follows:

Having come 3rd last year I was leaving nothing to chance this year, I started by studying

the entry list to see who the big players were. Masters racing can be tricky as any BC licence category can enter. From Elite to Cat 4, so you can easily find yourself having to bridge gaps due to wheels getting dropped. I prayed that we would be racing on the national circuit and not the oval as this would suit me better. My game plan was to split the race early on, this would make it easier to mark the attacks.

The race started, after a few laps we were all still together, however I had realised that through the final corner I carried my more speed than others. So on one lap I simply put in a small dig out of the corner, pulling a couple of stronger riders with me after a few good pulls we had split the group. The initial break of 3 had swelled to 9ish, only negative being that it contained 2 riders from Nunn Sigma Sport, one being the 2017 current national champion.

The race calmed down for a while with riders working together to extend the time gap. However it was not that long before the fireworks started and the attacks started raining down. As a sprinter my aim is always to just follow any strong moves, as I want it to come to a sprint. You will not find me trying to go solo. I soon named a Movelo Basso rider “Duracell bunny” as he was just non-stop with the attacks.  I was able to cover all the attacks and nothing stuck. 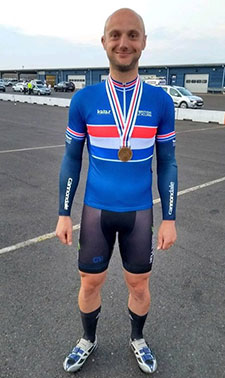 With 3 laps to go a rider chipped off the front and there seemed little interest to bring it back.  I could sense that the stronger riders were just leaving him out there to suffer a long death. He was caught on the start of the final lap. With an instantaneous counter by the 2017 national champ, I kicked hard and bridged to his wheel. He was in full TT mode and strung the group right out. I was happy though sitting on his wheel, my plan was to get into the final corner first as I was confident in my sprint. It was all going well until Duracell bunny attacked again. This time on the downhill straight leading to the final corner. It was all or nothing I had to sprint hard to close that down and hope that the tank had enough left to sprint again out of the corner. I caught him just before the corner, flicked it right into the corner and just “sent it”, praying that the tyres would grip. I could see I had a bike length at the apex, powering out of the corner up the slight rise. Then is was just a matter putting everything left down on the track, praying that nothing would break on the bike. 120rpm bang another gear, just keep this going the lines nearly there and across the line, 1st. No celebration as never sure how close it is behind.

To me it felt like any other bike race that I had won. Yes it was for a national title, but what made it special for me was the support that I received from Teammates/ Friends and family. To me that is more important. Now just to defend it next year

The 40-44 age group race, was run on the full national circuit. Fabos was the sole 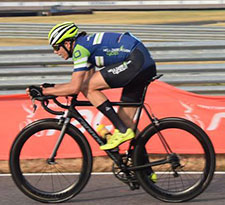 VeloElite rider in this event. The race started with a number of attacks that saw Fabos either involved, trying to get across to, or chasing them down. Whilst he worked hard to stay with the front of the race, during some confusion with another age group race a break slipped away unnoticed.

Fabos began chasing once he realised, but the bunch just couldn’t get a strong enough chase organized, kudos to the break who timed their efforts perfectly and held off the bunch. Its happened to us all, great effort from Fabos who is already having a sparkling season, sure he will back to have another go next year!

After a relatively slow start to the race being run on the outer oval, the attacks began. With 3 riders in this race, we were riding to a plan to get Paul Hardy away in a break, with Paul Southern & Danny blocking and covering counters as they went. As a backup the guys would lead Paul Southern out for the sprint if it came to that. After the very early attacks were easily bought back, Hardy attacked, being joined by another with 2 more bridging. The other guys held up the front of the bunch on blocking duties and then began marking counter attacks. Some strong riding in the break saw Hardy’s group open a useful gap on the bunch, but with the level of firepower in the bunch still to have their say, inevitably the break was bought back. 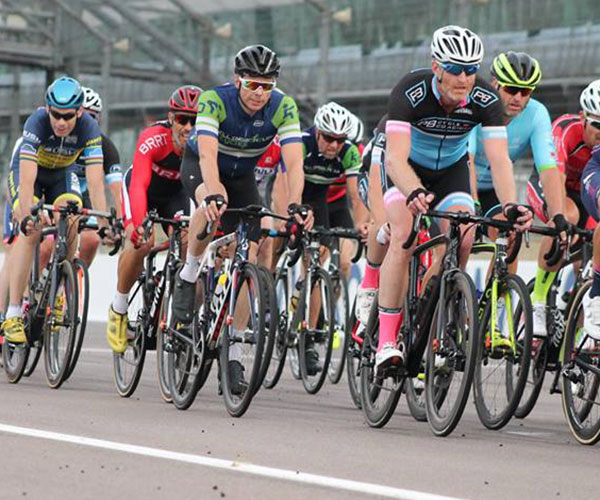 Hardy tried several more attacks, once in the last couple of laps. Whilst all looked promising, the bunch were in no mood to see anything get away and it all quickly teed up for the sprint. All our guys took up positions toward the front right of the bunch, to get the inside line to the finish with Southern well positioned on a good wheel with 300m to go. Unfortunately, a touch of wheels on the far side and the whole bunch veered right, pushing all 3 VeloElite riders along with some others onto the grass, race over! On the plus side, everyone stayed upright and had a blast!

Good fun was had by all, thanks  to all those who came to support! Hopefully next year, we will see even more VeloElite riders entering!

Tuesday night Jack, Fabos and Tom all lined up for…

We are very proud to report that the VeloElite teams…