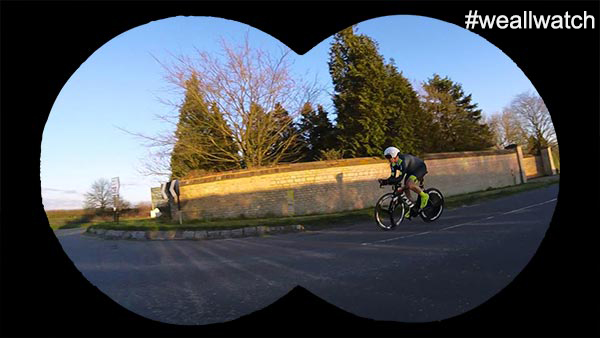 Friends of the Club

We are very lucky at VeloElite to have some fantastic friends to the club and shop, here is a round up. Apologies for any typos, I had to type this up with 1 hand, on a stolen laptop from a box behind the tea rooms, piggy backing their wifi!

George Fox started took a fantastic win at the team Cambridge event, clocking 18:58 for 10 miles, backed up with a number of podiums and solid rides.  Unfortunately after a positive start to the season, things have tapered off for George. He has spent much time off the bike due to a mysterious illness, which appeared, totally coincidently, around the same time he got engaged. Hopefully we will see him back to normal next year, getting dropped by group 3 and dominating the FB sales groups with a suspiciously high volume of kit for sale. On the plus side, time off the bike has meant more time to spend at the shop with Tom discussing tactics in their race to the bottom!

Jordan “Gordon Tarzan” Peacock has had an incredible year with his team, Spirit racing. All the usual wins with some brilliant rides in national level and UCI level events. Jordan’s tough powerful race style has earned him many fans and he is pleased to announce a personal sponsorship deal for 2019 with Cemex  Concrete, who will be providing cranks, pedals and tyres for next season. He will also be staying with long term sponsor Fake Bake, so you can expect to see Jordan on the winter shop rides positively glowing.

Sporting fact about Jordan:  His biggest sporting idol is Ivan Drago, and adopts the “if he dies, he dies” policy on all shop rides.

Local wind-break and serial lake watcher Stu Morgan, blasted to a sub 21min 10mile this year, but his year didn’t start too well, back in February Stu got dressed and ready to go out … left the house and proclaimed “Ice” before returning to bed. Morgan now re-branded “Vanilla Ice” missed out on a lovely-mild 8 degree shop race with no sight of ice, rain or wind, just a beautiful yellow ball in the sky. Stu was reported as later saying, “I feel  I’ve not just let myself and my family down, but more importantly Southern and Hardy had nobody to sit behind on their warm ups, I’m frankly ashamed.”

Stu also made a late season effort at Fox’s facebook sales trophy with a flurry of items for sale. Fox responded  commenting “pleasseeeeee, has he even sold a pinarello?”

A special thanks to friend of the club & shop, Rob Weall. Rob kindly provided the shop signs and the benefit of his years and years and years and years of experience during the period straight after Wellingborough cycles closed. Hopefully we will see Rob over for a shop ride in the near future.

Bike industry inside info:  Rob once spent 3 years in his shed with a can of orange paint and a £10k Trek. On completion he claimed the brand “Bike Creations”, the company later renamed itself in Robs honour.

Iona Campbell, boss at the Watermill started the season somewhat nervously, coping with an influx of wet lycra clad cyclists was a bit of a shock to the system. Her season soon picked up with a very strong showing in the cake department and a personal high running a Saturday  morning customer retention project, with at least a dozen club riders supporting an all day cafe initiative.  Iona summed the year up for us:  “It was tricky at first to get staffing levels correct, but after taking on 2 extra chefs and 3 waitresses we were finally able to cope with Tom’s lunch orders”. Special thanks to all the team at the Watermill, your efforts looking after us are much appreciated!

Iona’s quote of the year: “when you asked me to save any spare boxes so Fabos could sleep out the back, I didn’t realise you were serious!”

Elite rider Ollie Bates has had a fantastic season, coming second only to George Fox in the most amount of bike kit for sale on facebook, fending off a late challenge from Stu Morgan.  On the road he won several crits at the bowl and multiple top finishes to amass a big points tally for the year, good work Ollie.

Ollie, a few words about how your season went this year?  “SFS, price reduced!”

Cannondale extremist Tom Medley  committed all his early season wattage to fitting out the shop, but has since been training hard in order to ride his bike round and round muddy fields in the cold and wet.  Tom loves nothing more than playing with hard wood and regularly does so in the shop, I am sure its only a matter time till he gets an invite from the Sunday ‘Benders’ group.

Ex world tour pro Mike Cowland has been sighted several times at VeloElite HQ this year,  on at least one occasion even joining G1 to remind us he’s still ‘got it’. One can only assume cafe ventoux was closed on these days and with a recent announcement we might see might a little more on a Saturday!

Little known fact about Mike:  He apparently once rode in the tour series, but doesn’t like to talk about it.

Richard Jones, local road riding ‘try hard’, has had a long tough season of training in preparation for his seasons main target,  6 planned shop rides during the winter months. He is adamant he will eventually drop Tom Scott-Collins and ride to a win, our advice Richard, leave a dominos special offer menu laying around at the shop, It can only help!

Pete Brooks – Last seen at Greggs, if anyone spots Pete on a bike, please report it immediately.

Ginny Spittles – Missed the entire season due to international duty.

Jodie Redden, another regular rider with “the chicks”  continues to grow in strength as she competes in more and more time trials. Jodie clearly takes after her mum Charlotte,  who is a pro with Team On-TopForm and also friend of the clubs! Charlotte has a great season, being crowned Queen of the bowl for the 3rd cat men’s races, probably best we don’t ask about that…

It's been a fantastic year for cycling in general. We…

TTs So as 2018 got underway with a shockingly turbulent…

VeloElite Road Racers Review 2018: We have a good number…