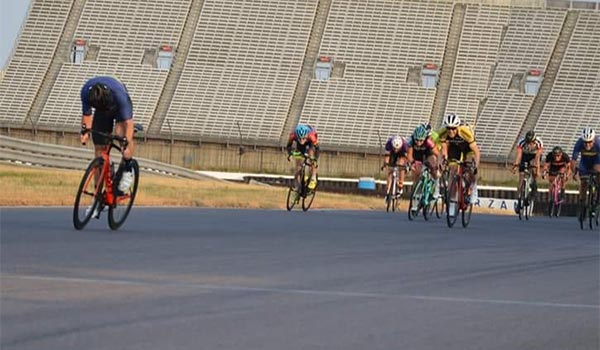 We have a good number of road racers at VeloElite. Racing regularly at The Bowl or Rockingham race way and indeed out on the roads at various races.  There have been some fantastic performances and results, so here are the highlights and indeed some lowlights!

We absolutely have to start with a huge congratulations to shop race champion Gavin Howell. Gav has had a brilliant season retaining his 1st Cat licence and winning a national masters crit title on his way to his main target of winning weekly Shop Races.  He was also super consistent at the bowl picking up 3rd in the season long “king of the bowl” competition.

We spoke to Gav about his awesome season:

National Masters Champion, Gavin “Gavendish” Howell, how did you set about winning your title? I decided to push the pace from the start, so did several short 20mins turns, until I arrived at the line, no idea where the rest of them went.

Coming into the season, what were your main goals?
I set up aiming to challenge for wins at the bowl, so initially I sat down and highlighted all of Jake Hales holiday dates. I was also hoping to win some shop rides, who do you think suggested to Tom he should go for a run?

How have you been working on improving the already fantastic sprint?
Most of the time, I just pick on 3rd cats and vets on the shop rides, other times I pretend Danny Metherill is chasing me, sometimes he is, it’s great motivation.  Without a doubt though, some of my best sessions this year have been Moto pacing with Terry on his e-bike. It really pisses me off when he drops me, its spurred me on to working harder!

You are well known for listening to music whilst you train, what do you listen too?
Celine Dion, Cliff Richard, Frozen sound track, 20 great Jeremy Corbyn speeches, I am pretty cool guy music wise, obviously, these kind of artists really get me fired up.  Thanks Gav!

It has been a struggle of a season for James Hyde who’s racing has had to take a backseat as he brought his passion for traffic management and road safety to the front of his mind. James was a key leader in printing a double yellow line across the VeloElite kit ensuring no cars are parked at any time on top of the riders.  James picked up some good early season results at Rocko and the Bowl.

We asked James, VeloElite club founder, what its like to be involved in such an exciting club? “thanks for saying so, its always nice to see the club getting the recognition it deserves, the riders are brilliant and have achieved some great results, they are a real credit to renvale race team”

A massive congratulations to stalwart-4th Cat Martin Patmore who in a stunning move has managed to outrank Jack as the most tactically inept rider in the club. Martin can regularly be found at the back of any race, struggling to move up. He has also carved out a niche by regularly mentally dropping himself on shop rides, this is usually closely followed by being actually dropped for no good reason at all. Martin competed at The Bowl and Rocko this year, but season highlight was a strong ride in the legends 9up team at Silverstone!

Martins quote of the year: “Cycling performance is largely in your head. If I chunter on a Saturday that I’m about to get dropped then please remind me that l’ve still got 40%.” (consider yourself reminded – Ed)

Who could forget James Komfield’s incredible ride in, sorry, home from the Cicle classic. James in his wisdom decided he would only be using the 53×11 gear, all the way back, across the Welland Valley. His main focus this season, has as always, been targeting local strava koms.  James has had a number of top 10 results on the road and of course a win at Rocko!

Little know fact about James:He keeps an actual strava trophy in his rucksack and awards it to himself when nobody else is looking.

Danny Metherill … well what can we say about Danny. There’s a lot to be said about Danny … but we are frankly scared of him. So Well Done Danny, a great season and a good early win at Old!

Quote of the year from Danny “You looking at me pal?”

Professional moaning enthusiast Paul Southern was able to free up a little time to race his bike, producing a number of strong podiums at the local crits and a much awaited win at the bowl, not to mention a string of shop ride results. His dedication to moaning, backed up with very strong showing on the VeloElite best excuses league has seen him gain a 2nd cat race license, something he moaned about quite a lot and then went and sat behind Gav and Stu for a sulk.

Southern was heard to say: “I love riding on the front, pulling long turns, it really helps me in my first cycling love, riding time trials.”

Paul Hardy, club captain and stalwart has had an epic season riding local crits and TTs. A string of podiums at Crits and TTs with notable rides Salcey and the A6 evening events,  the pinnacle of which saw him take a great win at Rockingham. Asked how it felt to win he said, “it really was an awesome feeling and I am hoping after this Rowland will let me step up into the under 13’s event in the near future!”.   Afterwards Paul cycled off into the distance and over the wheel sized drains within Rockingham pit area. “Not this time you bastards” he shouted  gesturing with his tiny fist.

Little know facts about Paul : He owns the world’s first and only pair of Cuban heeled cycling shoes and at full stretch, Hardy is the tallest in the under 12s team

Ian “the rock” Rock has had a very busy season. After spending all winter getting fighting fit ready for the race season, Ian instead decided he’d rather spend most of his season on his side, or knee, or arse. Unfortunately it was only good enough 2nd place this year in the Chopper of the year award, but with further training and commitment to the discipline we are sure Ian could rival the great Fabos! Despite all the chopping Ian stayed upright long enough to grab the results he needed to gain his 3rd cat license, well done Ian.

Ian’s quote of the year: “One does not simply crash….”

This year was a real rise for the teenage mutant Ninja Tuttles who have turned out to be a real double act. One half of the Tuttle brothers Jamie has been busy attacking his way through 3/4 races, picking up lots of points in the process. The other half Dave has been busy very aggressively attacking the hedge at MK Bowl. Both had a fantastic season with a win for Dave and regular top 10s for both!

Little known fact about Jamie and Dave: “They have an active restraining order that prevents them saying Cowabunga.”

Alex Garner in his first season with Veloelite got off to a cracking start this season with a strong win at Rockingham taking him up to 3rd Cat. We are hoping his new found fame will enable him to afford a Facebook account. Alex did forward his race report on to us, It was supposed to be a lovely piece but unfortunately his carrier pigeon was a Garmin user and never made it to HQ.

– Unable to race due to GF issues

TTs So as 2018 got underway with a shockingly turbulent…

It's been a fantastic year for cycling in general. We…